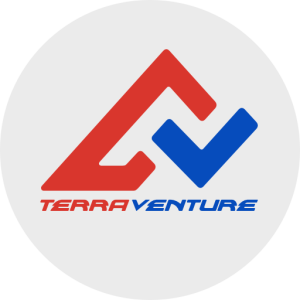 Last years season was a great start for the team behind the Highland Hardline downhill mountain bike race series. Having seen the how successful the Borders Mini DH had been in the southern half of the country the team were inspired to create a norther series. They brought together the right people, branding and sponsors to put on arguably one of the best debut seasons of any race series in the UK. Great organisation backed up with a lot of work put into preparing the courses as well as a highly valuable group of regular and occasional marshalls made for an exciting and undoubtedly challenging series.

For the 2019 series TerraVenture are delighted to be working with two of our brands to support the Highland Hardline, MSC Tires and our wheel brand PMP. Although young to the UK market PMP are an established European contender taking the overall win in the Elite 2018 European Continental Enduro Series. Their 2019 DH and Enduro wheelsets will be on display on our stall at several Highland Hardline events throughout the season. There is also a competition to win a set of wheels aswell as discounts on the brands for anyone who has entered the race series. (These details will be forwarded out to you soon) Want to see the wheels? Check them out here on our website: PMP WHEELS.
The MSC TIRES Gripper is a top all round performer for Enduro / DH with its well spaced out tread blocks resisting the packing up of mud and the now iconic MSC Sawtooth side tread hooking up on the corners. We look forward also to the arrival of our HotSeat DH tyre later in the season.

As mentioned above the very successful Borders Mini DH series has been going for several years and it’s great to see both event series’s teaming up to host the National Open Championship conjunction with Highland Hardline.
This year the season kicks off in Contin on the 23rd/24th March with a lot of preparation work having been done by the Highland Trail Riders and other volunteers to get the course ready with some new features.  This event is also one of the qualifying events for racing at the Fort William World Cup Downhill Youth Finals in June!  Riders will get to race at the same venue as some of their idols in this fantastic opportunity with many fans, spectators and brands present.

The Highland Hardline entries are available on the Scottish Cycling site here: SERIES ENTRY
There are also guidelines for what safety kit you need to have to be allowed to be race It’s worth checking out their informationwhich is at the bottom of each event information page see Contin’s page here: RIDERS KIT
Previous Post

It is our ambition to build a business which can support a range of athletes and adventurers to fulfil their goals, overcome their challenges and reach their potential. We want to document and share their stories to inspire others to get out into the outdoors, whether it is to adventure or compete.. Live the Adventure!
See more by this author

One email per week no more, but maybe less..

Highlights from the weeks new content plus special subscriber only offers and opportunities. Be rewarded.

Scroll back to top